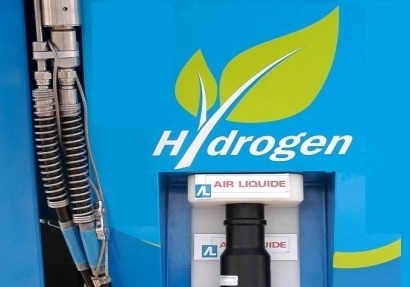 India has also agreed to develop and implement a National Hydrogen Energy Mission.

India has committed to scaling renewable energy installed capacity to 450 GW by 2030, at a critical UN energy summit held under the auspices of the UN General Assembly on Friday.

India has also agreed to develop and implement a National Hydrogen Energy Mission to scale up annual green hydrogen production to ~1 MT by 2030 and begin a production-linked Incentive Scheme to add 10 GW solar PV manufacturing capacity by 2025. The renewable energy push is expected to benefit green startups and meet the targeted obligation of net-zero emissions by 2050.

In June this year, Reliance Industries had announced plans for a giga-factory to manufacture high-efficiency, low-cost electrolyzers used to produce green hydrogen. RIL plans to bring down the cost of green hydrogen to under $2 per kg by 2030.

Prime Minister Narendra Modi had announced the launch of the National Hydrogen Mission on August 15, 2021. The Mission will support the development and commercialization of green hydrogen technologies with an aim to reduce dependence on imported fossil fuels and enable decarbonization of the economy.

Commitments of more than US$400 in finance and investment were announced during the UN High-level Dialogue on Energy, the first UN-led leader-level meet on energy in 40 years.

India has an installed renewable energy (RE) capacity of 100.68 GW, as of August 31, 2021, excluding large hydro projects above 25 MW).
India had agreed to achieve a 40% share of installed non-fossil fuel-based installed capacity by 2030 at the CoP21 Paris Agreement.

The country’s installed non-fossil fuel capacity currently stands at more than 153 GW, which is 39%  of total installed power generation. A total of 62 GW of additional renewable energy capacity is already under implementation and bids for another 29 GW have been floated.

The country has also agreed to create a 15 MMT production capacity of compressed biogas (CBG) by 2024, achieve 20% ethanol blending in petrol by Ethanol Supply Year 2025-26, and enhance energy efficiency in sectors like agriculture, buildings, industry, and transport.

It would also promote energy-efficient appliances/equipment to reduce India’s emissions intensity of GDP by 33-35% over 2005 levels by 2030.
Over 35 countries — ranging from Small Island Developing States to major emerging and industrialized economies — made significant new energy commitments in the form of Energy Compacts at the summit.